Standing up for others 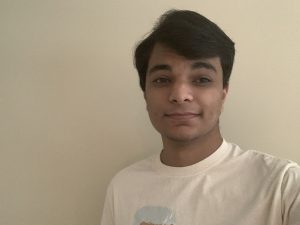 Samir Tusneem has bounced from Utah, to Massachusetts, to California, to North Carolina, where he will conclude his high school career in May 2022.

In Cary, North Carolina, he has found a distinct community and a broad perspective of different cultures in this acclimated home which hasn’t always been the case elsewhere.

In Massachusetts “some people looked at me, and they didn’t really know who I was,” he said. This reaction was due to the lack of diversity; Tusneem was the only Muslim in his school. He said he was targeted for discriminatory remarks in California. These experiences have affected Tusneem’s values in standing up for others and the accompanying feeling of empathy.

“In order to have a really strong nation, standing up for people—which develops a sense of unity—while showing people care for another is really important,” he said. This is traditionally applicable as an upstander, but Tusneem recognizes the need to stand up for others in the digital world ,too.

For example, on social media, students post about marginalized groups, like the Uyghur Muslims and Palestinians. “Just because we’re not experiencing the oppression that these groups of people are experiencing around the world personally, doesn’t mean that we should completely ignore it,” he said.

As beneficial as global activism is, Tusneem makes sure to revert to his roots on a local level at school, by making sure people are welcome, no matter what comprises their identity.

“I think it’s important to really take actions to preserve yourself and make sure that you have the right mindset that people should not be treated very harshly or disrespectfully because of who they are,” he said passionately.

This sentiment has carried into Tusneem’s efforts to find new interests to make the most of his high school experience, such as membership in the Student Ambassadors for Freshmen and Muslim Student Association. He also explored new areas, predominantly in writing.

He tested the waters in middle school by joining the student newspaper, but he didn’t feel a journalism connection until he participated in an internship with a college student, the CEO of Creator Central.

Tusneem primarily wrote about technology at that time and became a reporter for his high school’s newspaper, the Green Hope Falcon. He recalled his favorite article about Ramadan, where he interviewed fellow students who celebrated and informed other school members about the holiday.

The internship and article only made a dent in Tunseen’s writing experience. He edits articles for the website Beyond Dreams, has created a newspaper with his friends called Youth STEM Publications, and is a Chuck Stone Scholar following his work at the Al Neuharth Free Spirit and Journalism Conference.

“These experiences have been pretty exciting in terms of character development because I’ve really been able to improve my writing skills and become more involved in building connections with people from around the country through these programs,” he said.