A focus on Middle Eastern identity 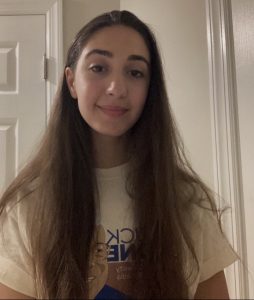 New Jersey native Tamara Ashkar is a compassionate and ambitious teen who has a passion for being involved in her community and wants to create a better place for Middle Eastern representation in the media.

Her plan of action to educate and advocate involved her and her friends starting a club at her high school that specifically caters to students who identify as Middle Eastern North African. She stated the club will be open to those students, but also to invite students outside of those nationalities as well.

“People outside (these nationalities) can join, and we can educate them on topics regarding the culture and do fun activities,” she said. Members can also explain what Middle Eastern immigrants in America go through or how people in countries in the Middle East or North Africa like Egypt and Morocco play a larger role in the United States.

Her involvement in the club can inspire others just as her mother, Julie, inspired her to pursue her passion, writing. Ashkar said her mother did not have much after immigrating to the United States. However, she worked very hard and showed great strength and determination to supply Ashkar and her two younger brothers with the opportunities she might not otherwise have been granted.

Growing up, Ashkar often struggled with living confidently within her ethnicity, she said. She would become embarrassed when speaking Arabic in front of others or simply bringing foods that represented her Syrian heritage to school.

Because few other Middle Eastern people lived within her school or community, she said she did not have anyone to turn to besides her family when feeling out of place about her ethnicity.

However, that changed life when she entered high school. She transformed the embarrassment into an opportunity to educate others on her culture and to use her voice. Ashkar’s motivation to educate herself on the importance of advocacy has since increased.

Ashkar has two younger brothers, and they have had different journeys when trying to embrace their ethnicity and culture. She said one difference was their skin tone and hair texture, which made it easier for others to assess her brother’s nationality compared to hers.

“I feel everybody goes through something different, when you’re the same culture, ethnicity or race even as siblings,” she said. Additionally, she felt no journey is the same and everyone has his or her own story in establishing identity.

At Bergen County Technical High School, Ashkar serves as the head editor for her school’s literary magazine and the president of the Amnesty International club that focuses on upholding human rights. Ashkar strives to make a difference within her community, using her hobbies and extracurriculars to do so. Her passion for writing has been one of her outlets to get involved.

“I always loved to write, but my specific interest in journalism started with my interest in social justice,” she said.

Ashkar also enjoys reading fiction teen romance novels and listening to music ranging from jazz to R&B. She plans to pursue reporting and working with a humanitarian organization that will allow her to travel to encounter firsthand the injustices going on within the world, then write stories and create documentaries.